The Sweet, Sweet Sound of Music 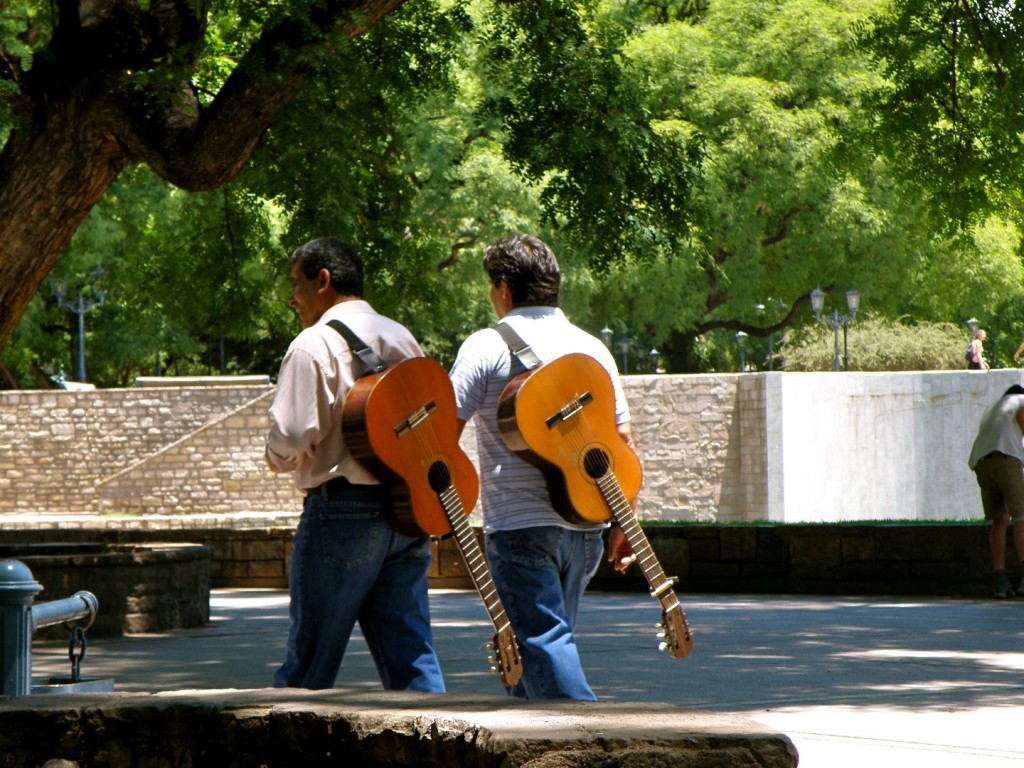 “Without music, life would be a mistake.”
-Friedrich Nietzsche

I come from a musical household. When I was young, there would be mornings we were awakened to the sound of a strumming guitar, a stomping foot, and my dad singing a Johnny Cash or Elvis tune (this one a lot).

My little sister would dance at parties and get “tips” because she was so frigging cute and I would sit steaming in a corner (coveting the cash and her pluck), because I was too inhibited to follow suit.

My mum would always hum or sing while she did chores around the house and my sister, much to my consternation, would belt out ditties operatically in the bathtub when we were in our teens. (My mum’s long-time partner still hasn’t gotten used to my sister, mum, and I breaking into tune if some subject reminds us of a particular song.)

At twelve I wanted to learn the piano, but we got a small organ instead and my parents hired a bald and wheezing fat man with extreme halitosis to teach me. He sat next to me on the piano bench, so I can tell you that didn’t last long.

My brother did learn the organ, but we never heard a peep out of him growing up and we only recently learned that the kid has some awesome singing pipes.

There was a lot of fighting between my parents and it very well could have been the joyful respite of music that kept us all from going Looney Tunes. 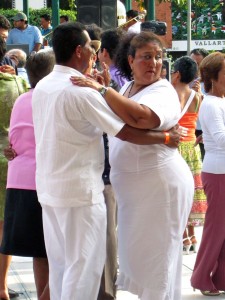 Once I got over myself, I loved to sing and fortunately had friends in my twenties who liked to do the same. We would karaoke and then when we were all married and living in nice homes, we’d throw weekend parties and set up a “lounge” to sing in. I was given a karaoke machine and microphones for my thirtieth birthday—the ultimate gift for a fledgling songbird.

Typically the guys would play pool or darts and we girls would sing our hearts out. Sometimes we’d even get ovations from the boys for an extra good rendition of some Reba MacEntire or Patsy Cline song.

I remember when I’d invited a good friend from work and her new husband to a party and he was mortified by our singing and left early. We didn’t care. We loved to sing and spent hours at it. It was powerful play for the soul.

I have a useless talent for remembering lyrics and can likely sing you 1000 songs correctly. I think I developed it from entertaining myself on excessively long monthly road trips in sales over many years.

I even walked down the isle on my wedding day to “The Power of Love” (a la 1984 Jennifer Rush rendition), which I’d secretly recorded for my husband. On long trips he’d ask me to sing to him and I’d happily oblige.

I’d asked my dad to sing The Hawaiian Wedding Song at my wedding, but he was nervous about being too emotional to do it well, so opted out. Instead of clinking glasses, anyone who wanted to see a bridal kiss at the reception had to sing a song. My friends loved that concept and people got up in droves to perform. My dad, realizing there was nothing to fear in that crowd, got up and surprised us all with a beautiful a cappella version of The Hawaiian Wedding Song. I don’t think there was a dry eye in the house.

I started singing one day on a road trip with a new boyfriend après divorce and he nearly jumped out of his seat. His father was a well-known doctor and their home had been a stodgy academic environment where nobody ever broke out into tune.

When I moved to Calgary, the music in me, in a manner of speaking, died. I arrived here after a massive heartbreak and I became mute. I stopped singing in the car or shower. My voice became thin and weak from the emotional trauma. My new friends thought I was somewhat cracked when I finally suggested a karaoke night, so the joy and play of singing came to an end.

I’ve had blissful periods of intense dancing because the music moved me. When I was sixteen and seventeen, I loved to dance (illegally) at cabarets to the disco hits of the day; Dancing Queen, Carwash, The Hustle, Disco Inferno, Brick House …

When I turned eighteen, I started going to country bars and became a dancing cowgirl—my friends and I were the first in Edmonton to learn the ‘Cotton-Eyed-Joe’ and we spent at least 3 nights a week two-stepping our asses off with the urban cowboys of the day. 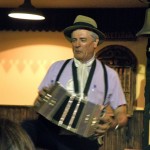 One year at a luxurious sales meeting that was held for a week in New Orleans, we got to enjoy the best of Cajun everything. I’d never heard live zydeco music before and I went out all seven nights just to dance. I ate my way through N’awlins eating rich Creole food, but lost 3 lbs and almost couldn’t walk by the last day.

In my thirties, I discovered Latin music and that stuck. When you get a taste of Cuba, the beautiful beat and soul of son gets under your skin and won’t go away. 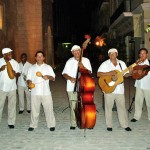 And, of course, music is the master of seduction.

One night in Mexico, a group of us were at an outdoor restaurant where a band played traditional Peruvian music. The talented lead singer was a beautiful, indigenous Mexican and he looked like a regal Apache who’d just gotten off a horse in a movie. Much to my girlfriend Gina’s amusement, we couldn’t stop staring at each other. On my subsequent trips there, he would sing beautiful Spanish songs to me and I would turn to liquid butter. I was besotted.

When a couple I know from Edmonton asked me if I would be interested in a date weekend with a tall, stunning Italian opera singer from NYC who was in to perform at the Winspear Theatre (where I would be attending the after party), I was in the car headed down there faster than you can say Ciao, Baby.

A simple song can bring people together. One day I was working in Café Kawa and heard a gorgeous piano piece. A couple sat next to me, working on their Macs. The dapper dude was listening to music. The song caught me because it reminded me of a haunting song I’d heard in Venice on a rainy night and I asked who the composer was. The piece was his! I ordered a CD, we met for coffee for the delivery, and we became fast friends. Had it not been for a song, I would not know him and he is a rich addition to my life.

A song can make you weep, bring a flashback of memories, cause your heart to flutter, send shivers down your spine, or move you to the core. It can inspire you and it can heal you. It can become your “anthem” (mine) for a particular period of your life and can tell your story. It can pump you up or bring a smile on a dreary day. It can also irritate the hell out you if it breaks your equilibrium.

Even if you don’t understand the lyrics, a foreign song can transcend language and you just know what the song is about because you feel it. A song can unexpectedly become a worldwide phenomenon because it strikes a universal cord. 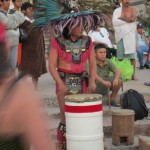 Music is the soul of the world. If you have placed it as a background noise in your life, bring it into the forefront. Seek new music. Be open to introductions of what others are listening to. Look for something that moves you. Find something you can’t sit still to and dance, dance, dance. Let loose with a good song in the shower or car—sing at the top of your lungs—the extra oxygen alone will make your body hum. It’s natural medicine.

I know when my spirit is buoyed because I begin to sing again. A life without music that moves you is black & white. Be sure to color your world with the sweet, sweet sound of music.

This entry was posted in Gallery, Music, The Sweet Life and tagged dance, moving music, music heals, power of music, singing, soul of music, The joy of music. Bookmark the permalink.

4 Responses to The Sweet, Sweet Sound of Music