Rose made a wish and then asked, “Why?”

“That’s what I always do. Wish on the moving ones.”

“Does it matter how fast they move?”

“Can you wish on airplanes, too?” 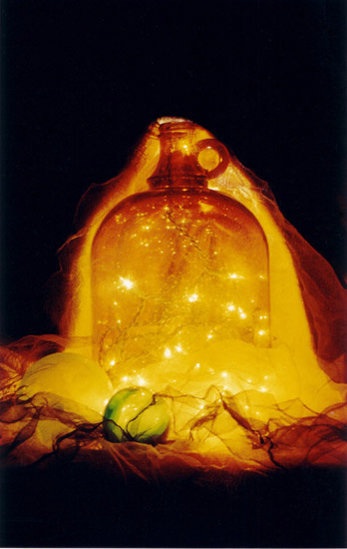 When I was small and sat mesmerized watching Walt Disney each Sunday, I used to love when the adorable little cricket, Jiminy (Pinocchio’s sidekick and wise conscience), sang this. I was a head-in-the-clouds sucker for magic and wishing. My other favourite shows were I Dream of Genie and Bewitched. The idea of manifesting with a wiggle of your nose or a nod of your head suited me just fine. Oh, the ’60s. Both Samantha and Genie were coupled with suppressive “masters” who tried to control their use of magic. Neither of them much listened to the whinging of their bossy partners, which suited me perfectly as well. 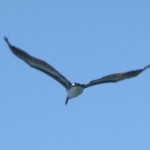 So enchanted by magic was I that I was certain I could fly, given the right pair of wings. I was obsessed and my endlessly patient mother would make me pair after pair with each new and improved set of instructions. I was five and finally convinced that I had come up with the ultimate design—large cardboard wings with each feather cut from tissue (white, of course) and meticulously overlapped as a real bird’s wings looked to my keen eye. I remember my mum spending an entire afternoon cutting each feather out and painstakingly gluing them on, one by one. Oh! This was a pair of wings to behold! These were the pièce de résistance and surely, I would take flight. I was so confident of their efficacy, that I decided to try them out right from the top of our stairs. Clunk-a-clunk-clunk. Ee-ouch. That was the last pair of wings my mum made for me. 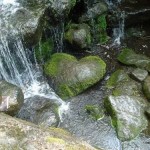 As young children, even under difficult circumstances, many of us hold a sense of wonder in the magic of life for a while. For me, there were treasures to be discovered, spells to be cast, secrets to be revealed, and Barbie always had a plane to catch. I recall a hike up the mountains near Invermere with my nephews when they were young. The path was beautiful and mossy with many ferns and fallen trees covered in lichen. There were small hollows that looked like the perfect home for a fairy or two, so I would walk ahead and plant coins near the entranceways. My nephews would stumble upon them and collect the coins, looking about to see how they got there and trying to decide if they believed mystical beings had placed them or not. Given mothers (or fathers) who cultivate this sense of awe and magic, children’s imaginations are allowed to roam free and believe in something other than the mundane and obvious.

For many years, I lost that sense of wonderment in the pursuit of whatever I was pursuing. For the past ten years, as I have worked to align closer with my truest self and farther away from what we are programmed to do/be/think, my sense of awe and my belief in the possibility of magic and miracles has returned and strengthened. I watch for signs, serendipity, and synchronicity and I don’t care how daft or nonsensical it seems to anyone. Movies like Liar, Liar (where a lawyer’s son makes a blow-out-the-candles birthday wish that his dastardly dad can not lie for 24 hours) and Bruce Almighty (where God grants Bruce the ability to play God) caters to goofs such as myself. 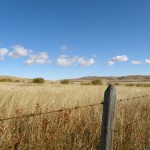 One day in November while driving through the countryside, I profoundly prayed for some much-needed help. I’d been at it for quite a while when I thought, maybe I’m just talking to the car. Maybe I should ask for confirmation that someone’s listening. I said aloud, “If anyone’s listening to me, and if this is all going to work out, can you please send me a sign with an animal? Not just a black crow, but something unusual so I know it’s for real. Thanks, man.”

About 4 minutes later, in a meadow on the right, was not just one animal, but twelve deer surrounding one large moose! I hadn’t seen a moose in a very long time. I had to turn the car around to go back and see it again. When I parked on the side of the road, they didn’t flee. The deer leapt around the moose as he stood still, grazing and watching me. I was awestruck by the beauty of these beasts and their immediate appearance. My anxiety vanished and my faith buoyed. And I was not tricked; the help I needed came in a way that defied logic.

On another drive back from Edmonton this December, as I began to stew over something or other and got more agitated and angry, I became physically hot. I opened the passenger window just a crack, and like a cartoon, my huge to do list sitting on the dash flew out the window so fast I almost didn’t see it. My mood instantly shifted as I saw the hilarity in that little sign.

Inside a book I received for Christmas, my own feelings après cancer were identically mirrored. After round two, my awareness increased exponentially. I have no interest in politics and the stupidity of the world. I don’t want to waste my life. I am far more interested in how many places of beauty I can visit, how I can be of service to the world for whatever time I have left, and how many super cool people I will meet and love while I’m here. 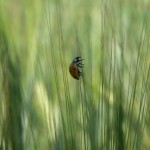 My reverence for nature and the incredible grandeur of animals, insects, fauna, and flora has magnified as has my ability to notice patterns and hidden images in trees, clouds, and nature. I am more enthralled by a stunning sunset or massive full moon than by material stuff. This has definitely made it more difficult to play ball in the ‘real’ world, especially when you feel you’ve been told in no uncertain terms that what is real is not as we are taught.

Today, as I sit perched on the cusp of a new year, this is uppermost on my mind. By all disheartening appearances, it looks as though I’ll be thrust into doing something that, once again, does not nurture creativity and pulls me off my course to the life of my dreams. And so, I will place my wishes with the Universe.

The New Year is normally a time to set goals and resolutions. If you really think about it, usually those resolutions don’t bring a lot of joy or fun to your life. They frequently consist of the shitty shoulds and must dos. Likely the reason they don’t stick is because they are based on self-criticism and fixing our “flaws.”

This year as you set your aspiration-based resolutions (many experts recommend setting only one), I invite you to join me in wishing. Yes, we have to take action and work to reach our goals. I’ll be reviewing my projects and writing my intentions. But wishing is fun. It encourages hope and faith. George Eliot (a.k.a. Mary Anne Evans) said, “It seems to me we can never give up longing and wishing while we are thoroughly alive. There are certain things we feel to be beautiful and good, and we must hunger after them.” 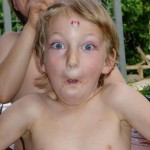 So go into a quiet space and tap into your curiosity to make some wishes for 2013. What really excites you? What captures your attention about other people’s lives? What fascinates you? Write down your wishes and take some time to feel the feeling of a wish come true. Suspend disbelief and adult-like cynicism, express your gratitude and let it go like a feather into the wind. If any guidance or opportunities come up, follow through. Wish big to do, be, see, that made manifest which you’ve never seen before.

Have a brilliantly magical 2013.

‘Stars in the Moonshine’ image © Francis A. Willey

This entry was posted in Creating Your Reality, Gallery, The Sweet Life and tagged Awe, Magic, Miracles, Reverence, The New Year, Wishing, Wonder. Bookmark the permalink.