Spring Hasn’t Sprung but Love is in the Air! 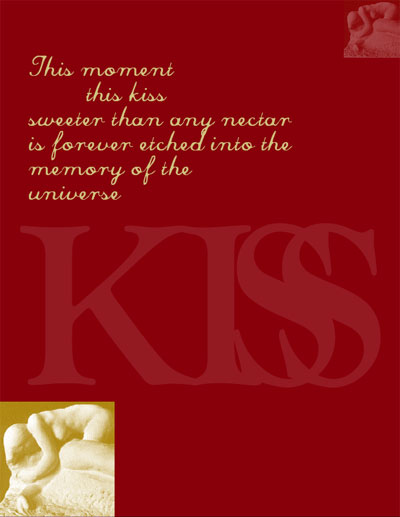 It is an endless winter with snow hitting Cowtown once again, but in spite of another late spring, love is in the air. Not for me, but lately I’ve seen evidence of it all around me.

Without chirping robins or warm sunshine to incite lovers, spring fever has still begun. I’ve witnessed couples engaged in deep stares, tender kisses, and cuddling over cappuccinos in my writing café. It is one of my favorite sights anywhere in the world, keeping my belief in love alive. Especially being confined for too long in a passion-parched city that normally shuns public displays of affection. 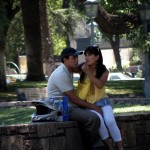 When I was in Portugal many years ago and had met a charismatic Frenchman who’d swept me off my feet, the whole of Lisbon was absorbed in a conspiracy of crazed romance. Lovers were entwined on blankets in the grass in every park; couples kissed against buildings; girls sat on boys’ laps on trains. Being far away from the disapproving eyes of my own culture, I wholeheartedly embraced Jean-François’ French amorousness along with the libidinousness of the Lisboans. 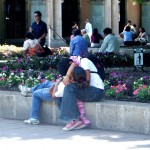 In Oaxaca during a delightful autumn vacation, duos embraced and kissed each other deeply in the streets, on church steps, under trees, in restaurants, and on park benches. Every afternoon in the zócalo (main square), besotted lovers of all ages met and idly lingered, united in a haze of amor.

Back here at home a few weeks ago I passed a neighbor in the hallway. We normally exchange a pleasant “Hi, how are you?” This time when I got an effusive “Awesome!” I had to ask why. She’d met a man a couple of years ago whom she’d finally connected with and had been seeing for a few months. She twinkled as she spoke about him and was clearly in that heavenly gap of falling in love.

Coincidentally, only a few days later, I had the pleasure of meeting this fellow at a fundraiser that he was emceeing at. Due to his philanthropic work, an announcement was made about an award soon to be given in his honor. He was every bit the good man she’d described.

At an oil and gas trade show I recently worked, an engineer asked where I’d purchased my necklace. He had just bought a diamond version for his wife on an out-of-town trip. With an air of suspicion, his female colleague asked, “What’d you do?”

“Nothing, except I had been away for 7 days while my wife took care of our two children. I felt she deserved something beautiful,” he said with sincerity.

My dear French friend is now living in Edmonton and shared with me her tale of amour. She has slowly developed a friendship with a man who owns the building she lives in. It has evolved into a full-blown courtship, complete with lovely and thoughtful gifts and a recent sea voyage. What I find so encouraging about this romance is that neither are babes in the woods—love can come at any age, any time, any place.

Contrary to my opinions on how dating and looking for love has shifted in North American culture, I placed a dating profile online a couple of months ago. If you’ve never had to do this, I want you to kneel and say a prayer of gratitude right now. Really. (Not that I’m being forced at gunpoint, it’s just that I have been interminably single and sometimes a girl has to give in to the herd’s methods.)

Many years ago before it was the norm, I tried online dating. I remember painstakingly going through the profiles on the site for weeks before posting a profile of my own. This wasn’t a numbers game of “let’s email 25 men and see what sticks.” I carefully chose two men. Then I narrowed it down to just one and I emailed him. 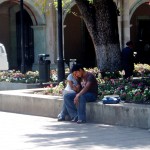 He responded back enthusiastically. I wrote back and proposed the idea, on the premise that we had nothing to lose since he was in Florida and I was in the frozen north, of an agreement to a truly open and honest exchange. We began sending letters to each other every day. He was an excellent writer with a quixotic imagination that captured the old world romantic in me and soon the letters became the highlight of my day.

It sounds ridiculously hard to believe, but I was so electrified when I opened his emails that one day, I actually crashed my computer because of the static shocks I was emitting!

We gradually began a warm phone exchange and then one day he said he would like to send me a ticket to come meet him in Miami. We synced our calendars and his assistant sent me a ticket. I prepared for meeting him like a twitterpated Indian bride about to meet her fiancé for the first time (he is actually of Indian descent).

Since online dating was considered a cheesy way to meet, I lied and told friends and family I’d met him on a flight back from Mexico. After months of letters and calls, I felt comfortable and safe to meet him in Florida.

We knew very quickly that it wouldn’t be a forever thing, but we got on like a house on fire. Our first date lasted 3 weeks! We lazed on white beaches along the coastline, danced at spicy Cuban clubs, and ate at Gloria Estefan’s famous restaurant. He indulged me in my favorite things to do and was a charming and funny conversationalist of endearing intelligence. That was in 2002 and we are still friends today.

Eleven years later, online dating seems to be the way most singles meet the opposite sex. The players have changed considerably since I first dipped a toe into the water and from my point of view, it can be an exercise in patience and futility. I’ve watched determined friends go through a stream of potential suitors with perseverance, but my fortitude for the process is rapidly waning.

The other day a friend told me (while I had a mouthful of drink which I nearly spat across the table) that she thinks many of the men now online are “relationship retards” and lack the skills to be able to communicate like real human beings.

To offer an example of how bewildering the process can be, I’ll share an actual, unedited letter I received from a man:

smile ah love like a shield that covers 2 the love is like a protective gas every one see the love. the world crashes all around yet love of 2 shows the richness of the moment a little food fun and the 1. Some areas chewed need power of love to be renewed. a little shy, believe in a power that created all, more that live and dye. Canadian with a passion if i am honest wee streek tenacity LOL

WTF is this? A Japanese haiku gone sideways?

I entertained a letter exchange with another fellow and told my sister that I couldn’t decide if he was speed reading my emails and missing something or if he was a bit left of centre. It didn’t take long to find out (thankfully before a personal meeting) that he was batshit crazy. 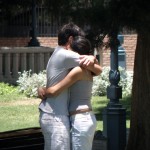 I think I may have more luck worshipping Aphrodite, the Greek goddess of love, or praying to archangel Chamuel, the love and heart chakra angel. But, love is all around me and as they say, where there is life, there is hope!

2 Responses to Spring Hasn’t Sprung but Love is in the Air!