Love with a Chance of Drowning

“Every child, and the child in every one of us, is ready to plead: Tell me a story. For the role of stories is to explain life, and the good stories, in their very substance and in the structure of their language, become revelation.”
—Andrew M. Greeley 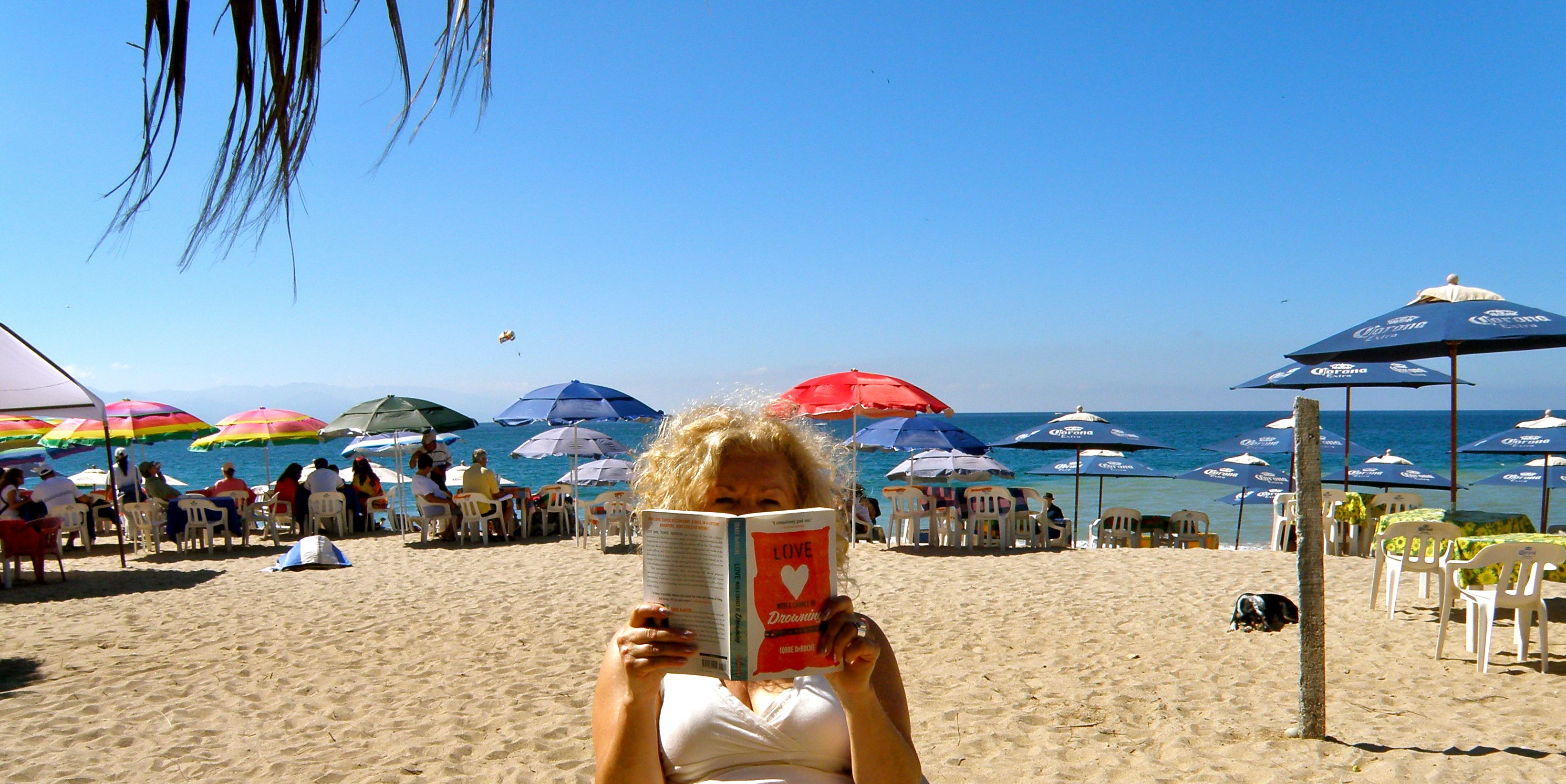 I love a good story. The first story I shall tell you is the one of an Australian writer’s tale of undeniably buena fortuna (good fortune).

I first virtually met Torre DeRoche in a writer’s group I belong to on Facebook. I quickly started following her blog and was blown away by her creativity, talent, and sharp wit. I wondered how on earth she was able to incorporate so many eclectic design details into the blog and loved her book trailer.

When she posted a selection of eye-catching book covers to vote on for her upcoming book, Swept (Love with a Chance of Drowning), I had to ask her how in the hell a new writer could get a test selection of such stupendous covers done (these things don’t come cheap when well designed). It turns out that Torre is a graphic designer as well as a writer, something I’ve fantasized about because of the expansive license to be able to create my own books from start to finish.

Torre had debated between self-publishing and traditional and decided on launching the book via Amazon herself, which came as a bit of a surprise to me.

I dawdled over going online to purchase a copy and remembered around week six, après launch. It wasn’t there. This girl is one sharp cookie, so it seemed extremely odd. I went back the next day and still, no book. I sensed something interesting was in the works.

Torre’s next blog post cleared up the mystery, in a big way. At quantum speed, this fledgling author had hit every writer’s lotto jackpot, quadrupled.

Firstly, a week after launch, she received an email from a movie producer. Thanks to Torre’s clever and relentless social media strategies, he’d found her profile, which led to an excerpt via Twitter. Within a few weeks of the standard back and forth, she signed a movie deal with a bona fide producer for the film option rights.

Following on his heels, an unrelated offer came in from a UK publishing house. The editor there had also found her through social media. A week later, she signed with a literary agent. Two weeks after that, three US publishers were about to go to auction on the book rights, but Hyperion stepped in with a too-good-to-refuse deal.

I confess that when I first read this astounding sequence of events, after having worked my tail to a nub (for years) to be a writer, this Fish Called Wanda was green-gilled. After I pulled my bottom lip off the floor and gained some perspective, I sent my heartfelt congratulations along with the masses.

Upon the Canadian launch of the book, I offered to review it. Torre’s publicist sent me a PDF and I couldn’t focus; I need paper & ink to sink myself into a book. Before I made my way to a bricks and mortar store, my life was upended. 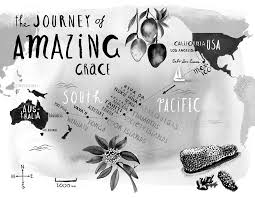 Good books don’t have an expiry date. Better late than never at all, I begin 2014 making good on my delayed promise. I hope to tempt you into getting your own copy of Love With a Chance of Drowning. I finally purchased a hard copy (along with some gift copies) and brought it down to Mexico to fully feast on at the beach.

Torre had me at romantic travel adventure (memoir). Add a sexy Argentinean lover and I’m hooked.

The story begins in San Francisco where Torre is spending a year away from her home Down Under for some fun abroad. She’s promised family and friends that she’ll return on schedule.

But one night in a cocktail bar she meets Ivan, a soulful Latino with a big dream to leave corporate life behind and sail off to the Polynesians. They develop a fast bond and Ivan asks Torre to sail away with him. Terrified of the ocean, she finds herself far from the land of Oz in a love pickle. She realizes that if she says no, it’s likely adios forever. 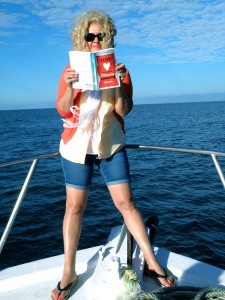 Not an exaggeration, this really is an adventure of love with a chance of drowning. Torre isn’t prone to a lot of romantic or steamy musings. However, the profound relationship she and Ivan develop by working in harmony 24 hours a day aboard the tiny floating home of Amazing Grace while battling formidable elements is a love more intimate and tested than many lengthy, land-locked marriages. I’m not sure how Torre manages to keep her cool with her accident-prone and sometimes haphazard capitano. At times, I might have been tempted to throw him overboard! If you are drawn to people of strong character and solid values, you can’t help but love this duo.

Torre dubs herself ‘The Fearful Adventurer,’ yet where many would have given in and given up, she sticks it out in the face of abject terror and severe seasickness (and if you’ve ever been seriously seasick, you’ll know it can make you pray for sweet death to take you). In the ocean’s unpredictable wake, Torre becomes a seasoned “salt” of a sailor.

It took me a couple of days to pinpoint a certain  je ne sais quoi about Torre’s writing. It dawned on me that her perspective is one of unsullied freshness, the kind before life has dragged your ass across a few (hundred) coral reefs and the sharks have gnawed off a toe or two.

Both DeRoche’s publishing and sailing journey give us hope that dreams do come true when we follow our hearts and open ourselves up to life wholly in spite of serious risks.

Torre weaves a compelling tale of the things we do for love and the rich rewards of overcoming our deep-seated fears and phobias. The reality that Ivan and Torre create for themselves because of Ivan’s fierce disdain of the status quo is often magical and sometimes surreal. For anyone who has ever dreamed of faraway, lush Gaugin-esque islands or love that epically transcends the mundane, this is a book for you.

Torre, I can’t wait to see who plays you in the movie. I’m quite sure the director won’t opt for DJ Qualls!

Sidenote: I’ll never understand the “wisdom” of traditional publishers—Torre’s imaginative covers were beautiful. Talent like that should not be tampered with! Tisk, Tisk. 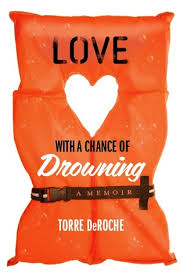 Find it on Amazon!

Sharing this post for Torre will bring good karma

This entry was posted in Gallery and tagged Adventure, Book Review, Love with a Chance of Drowning, Memoir, Romantic, Torre DeRoche. Bookmark the permalink.