How Do I Love Thee?

You yourself, as much as anybody in the entire universe, deserve your love & affection.
-Buddha 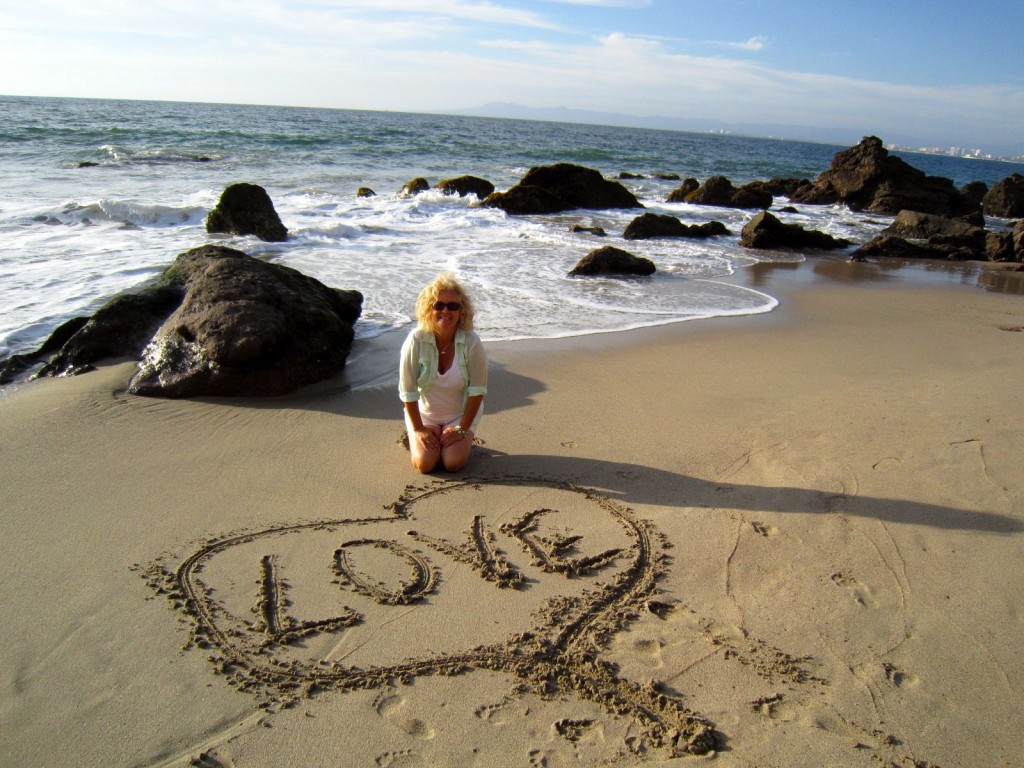 Recently my sister told me about a conversation she’d had with my 14-year old nephew. In the height of pubescent angst, he bemoaned being average; he wasn’t smart enough, good looking enough, and didn’t meet his own expectations at sports.

Although the kid, when wearing his hair Bieber-esque, is often told he looks exactly like the teen idol; took it upon himself to study the animal kingdom encyclopedia when he was 9 years of age and then moved on to the entire history of the world and can tell you about any species or era; and recently won MVP at a hockey tournament, his mother asked him, “Can’t you accept being average at some things?”

“No! Mediocrity is a guy with a bunch of losers behind him and a bunch of assholes ahead of him!”

“So you want to join the ranks of the assholes?”

It begins young, our feelings of being not enough. Here is an exceptional kid who considers himself extremely ordinary.

This summer as I was gathering my bags to take into my apartment, I witnessed a loud domestic dispute on the street. At first, my concern was that the woman might be in danger. I hovered around my car to ensure there was no physical violence. Imagine my shock when I saw the women actually punch herself in the face three times. Hard. The man left in dismay, her trailing behind begging him not to leave. It was obvious (and deeply disturbing) that this woman was suffering from acute self-loathing.

When the Dalai Lama was asked—while speaking in India with a group of Western philosophers, psychologists, and scientists—what his thoughts were about self-hatred, he asked the interpreter to repeat the question because he couldn’t grasp the concept. At the end of the session he said, “I thought I had a very good acquaintance with the mind, but now I feel quite ignorant. I find this very, very strange.”

In Anita Moorjani’s new book, Dying to be Me, she shares her most profound lesson in a near-death experience. After her organs began to shut down due to stage four lymphoma, she slipped into a coma and found herself in another dimension. There she saw how she’d spent her entire life trying to please others and had unhappily followed a multitude of ridiculous rules and cultural mores. She’d kept herself in check through fear and always put on a happy face contrary to her true feelings. She learned that we come here to be exactly who we are and that self-love, self-acceptance and complete authenticity is the name of the game on earth’s playing field.

On the sometimes-rocky “Life by Heart” path, self-love and acceptance becomes an integral part of the journey. Without it, doubt, fear, and confusion override contentment and happiness.

So why is self-love sometimes so elusive? Aside from the obvious—the bombardment of images and stories of perfection and wealth by media and advertising—here are a few thoughts about what can tarnish our self-image.

Our marriage or relationship is as much fun as a chapped bum. Not having the courage to move on from a destructive or dysfunctional relationship can cause a loss of self-respect.

We’re single and we appear to have a cloak of invisibility around the opposite sex. It can be mighty hard to muster up feeling like a god/goddess when you’re being overlooked and can create self-doubt about your attraction factor.

Every pair of jeans we own have become ‘Camel Toe Central.’ If exercise is a bad word and we’re pushing the envelope on our healthy weight limits, we can feel like we are failing ourselves and physical lethargy can affect our emotions.

We’re harboring a dark secret. This one isn’t me; I’m a memoirist who can’t keep a secret about my life if I tried. (If the secret is about you, it’s in the vault. If it’s about me—no way.) Shame around secrets can hugely affect our feelings toward ourselves. Volumes have been written about shame around secrets.

We feel like we’ve been rotating on a fence post for far too long. Being stuck in any area of life can leave a person feeling ineffective and essentially disempowered. Feeling powerless can have a significant impact on self-love.

We need a shovel to get through our clutter. A messy home or office can wreak havoc with our moods and can sometimes offer us a chaotic glimpse of what’s going on in our minds.

We’re living a lie. Whether it’s a job we loathe or some aspect of ourselves we’ve shelved and hidden for fear of disapproval, a voice will most certainly nag at us to be true to ourselves, no matter what others may think.

We’re up to our eyeballs in procrastination. A heap of projects left unfinished or “to dos” that really need to be done can leave us with a constant residue of discomfort and self-criticism.

We’re so broke we can’t even afford to pay attention. If a major focus in our lives is how we’re going to cover our basic needs or we’re in big debt, our self-esteem can plummet.

Some of these conditions can be overwhelming, so much so that we’re immobilized. I’ve been a student of self-help, metaphysics, and philosophy for years and what I’ve gleaned is that at this juncture, instead of trying to tackle the seemingly insurmountable, bump up the self-love.

Over the course of her long career, Louise Hay has helped millions of people find their way out of poverty, illness, and problematic relationships. She maintains that the root cause of all problems is a lack of self-love. Her simple prescription: healing your life through affirmations. (Her kingpin affirmation: I love and approve of myself).

Are affirmations corny and trite or do they work? Can you “fake it ‘til you make it?” It’s been scientifically proven that how we feel affects the rhythms of our hearts and can be recorded at a long distance from our bodies.* We are emitting messages and feelings to the world at all times. If our message shifts to one of self-compassion, will life’s challenges morph?

Appreciation is another concept that comes up in many teachings—looking at ourselves as “enough” and our lives from a place of sufficiency and gratitude rather than deficiency and dissatisfaction. Oprah swears by writing a list of everything you are thankful for at day’s end and states emphatically that this one thing alone can change your life in wonderful ways.

If you’re up for bedtime gratitude journaling, be sure to include you—things that are awesome about you: your achievements, your kindnesses, your body/health, your character, the life you have created, your mind, your resourcefulness.

As always, what the world needs now is love sweet love. And it all begins within.

This entry was posted in Gallery, Love and tagged Being enough, self-acceptance, self-appreciation, self-esteem, Self-love. Bookmark the permalink.

9 Responses to How Do I Love Thee?