“Life is not merely a series of meaningless accidents or coincidences, uh uh, but rather, it’s a tapestry of events that culminate in an exquisite, sublime plan.”
—From the movie Serendipity 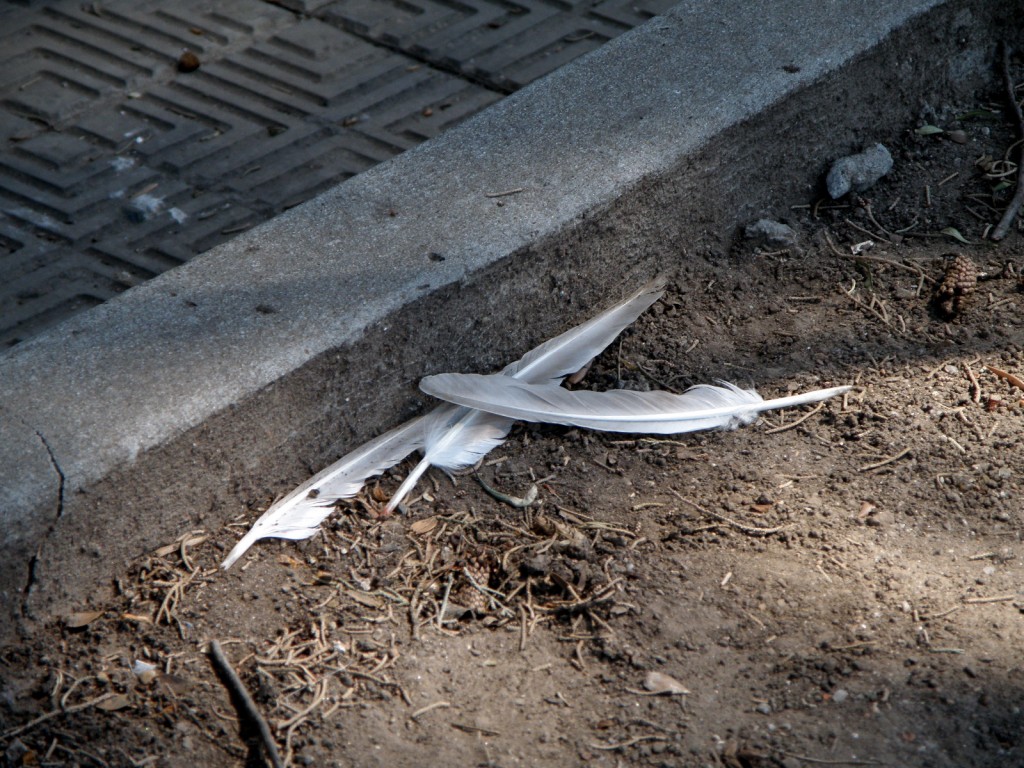 Whether an atheist, spiritualist, Christian, Jew, Buddhist, or otherwise, people like receiving signs. Should I take the job offer? Is this the man for me? Is a trip to Greece the right thing to do now? When something jumps out at us as an obvious sign of which direction to take, or shouts at us, “Yes! Do it,” we feel an affirmation has been declared on our decisions.

Since the dawn of intellect, humans have followed totemism and looked for signs and symbolism in religion, mythology, wicca, paganism, Native American culture, and most ancient civilizations such as Egyptian or Mayan. Many believe that the Universe or God/gods speaks to us through signs and omens. Our personalities may want the tangible and logical, but our souls feed off of unexpected mysteries. Serendipity is defined as a fortunate happenstance or pleasant surprise that could be orchestrated by a greater mind.

The incredible success of the simple little book, The Alchemist, by Paulo Coelho tells me that I am not the only one who lives by signs from the universe. Celebrities from all walks have touted the value of this parable-style story in their lives.

The protagonist is an Andalucian shepherd named Santiago who travels in search of treasure. The theme of the book is finding one’s destiny through signs and serendipity. Weaved throughout the tale is the message, “when you want something, all the universe conspires in helping you achieve it.”

The book has sold over 65 million copies and has been translated into 67+ languages making Coelho the most translated living author and as of May, 2014 it was in its 303rd consecutive week on The New York Time’s Bestseller list. I’d have to say the universe conspired in a big way with Coelho. 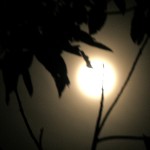 When serendipity happens and you are in the right place at the right time, it feels magical. It could be a connection for the perfect job, an incredible event you stumble upon, the finding of a new best friend, or meeting the person you’ll one day marry. It feels so good because you didn’t have to work hard for it, it just appeared.

Of synchronicity (sister of serendipity), Deepak Chopra says, “My own life has been touched often by synchronicity, so much so that now I get on an airplane expecting the passenger in the next seat to be surprisingly important to me, either just the voice I need to hear to solve a problem or a missing link in a transaction that needs to come together.”

I recently sent a YouTube link to my manager with a song I love by a talented, soulful singer. I thought she’d like his music. As she read my email, that same song played on the radio and was dedicated to a young mother whose husband had just left her. She called it a ‘Godcidence.’

In 1990 when I was in the hospital awaiting the results of my pathology report to find out if the (breast) cancer was localized or had spread to the lymph nodes, three friends came to see me. The visit was emotional, because the next morning was verdict day. My friend Lynne’s mother had died not long before of breast cancer. Lynne gifted me a beautiful little book that evening called, If You’re Afraid of the Dark, Remember the Night Rainbow. 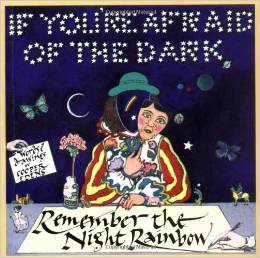 When the girls left I began to cry and went back to my lonely hospital bed. A beautiful iridescent light streamed into the stark room, the type of light that occurs only occasionally and immediately before the darkness settles. I went to the window. There in the sky was a full, gorgeous night rainbow. My heart leapt and I felt that I’d been sent a good omen from Lynne’s mum that all would be well. The next morning the tests came back clear. I still have that little book and whenever I see a night rainbow, my heart swells and I am comforted.

Have you ever asked for a sign and got one that was undeniable? We can choose to see symbolism and meaning in the seemingly random things that cross our paths or we can bypass and ignore them. In native culture there is an entire “medicine” which explains the meaning of each animal in our lives. I frequently ask for signs through nature.

When I was buying my last car, the process was nerve-wracking. I was no longer working in my higher paying career and I was anxious about the approval process. Although I loved the car I’d had at the time, it was in need of a new transmission and brakes and I could not fix it. Distracted with worry while awaiting word as I drove through the countryside one day I said aloud, “Okay. This is making me nuts. I just need to know if the new car is mine. Please bring me a sign through animals. Not a crow or something common. I need something unusual so I know for sure it’s all going to be okay. Thank you.”

Less than five minutes later in the field to the right was a majestic moose surrounding by twelve deer! I had to turn the car around just to be sure I was seeing clearly. I stopped on the side of the road and a few of the creatures looked up at me. All of them kept grazing. I observed in awe and drove off with a zen calmness. Three days later, that sweet new car was mine.

This summer I began a conversation with that most revered of masters, Jesus. I was raised Catholic, but do not follow any dogma. Two women in my life were gently pushing and I’ve been having a difficult time, so I decided to have a discussion with The Man. I believe he existed, believe he was who they claim he was, but I still don’t grasp the insistent “you must accept Christ into your life” thing. And I certainly don’t want to do it via a bunch of rules and pomposity.

We had a number of one-sided chats and since I didn’t hear back, I asked for signs that he was listening to me. The first thing that happened was that a tattooed, pierced, hipster chick at a ticket stand for Cavalia softly said to me on my way out the door, “Remember, Jesus loves you.”

“He does. Jesus loves you,” she said as she smiled.

The old man standing behind me nearly fell over. She was the last person we’d have expected to hear such a comment from, especially so out of context.

The second sign was in a bar (I love the oxymoronic). My dad and I were having lunch and our pretty, belly-baring waitress had a script tattoo on her forearm in a foreign language. I asked what it said. It was in Polish and was something her grandmother had taught her. It was Revelation 21:4 and translated it read:

God shall wipe away all tears from their eyes; and there shall be no more death, neither sorrow, nor crying, neither shall there be any more pain: for the former things are passed away. 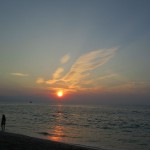 The next thing that occurred was that one passage appeared in my life three times over a short period. The first appearance was a quotation at the very end of a book I was reading. The second was, once again, a tattoo. It was on the arm of a new barista. The tattoo was massive, covering the distance of his whole forearm, and just read: Jeremiah 29:11. I asked him to recite it to me and realized it was the same psalm I’d seen only days before. Even though I frequent this café, I’ve never seen him again. Two weeks later, I received an email and in it the same psalm closed a personal message to me.

For I know the plans I have for you,” declares the Lord, “plans to prosper you and not to harm you, plans to give you hope and a future.

Looking it up, I found the extended New International Version 29:11-13

11 For I know the plans I have for you,” declares the Lord, “plans to prosper you and not to harm you, plans to give you hope and a future. 12 Then you will call on me and come and pray to me, and I will listen to you. 13 You will seek me and find me when you seek me with all your heart.

Ironically, just after I wrote the above story I saw someone retweeted me on Twitter. His profile included—you got it—Jeremiah 29:11. 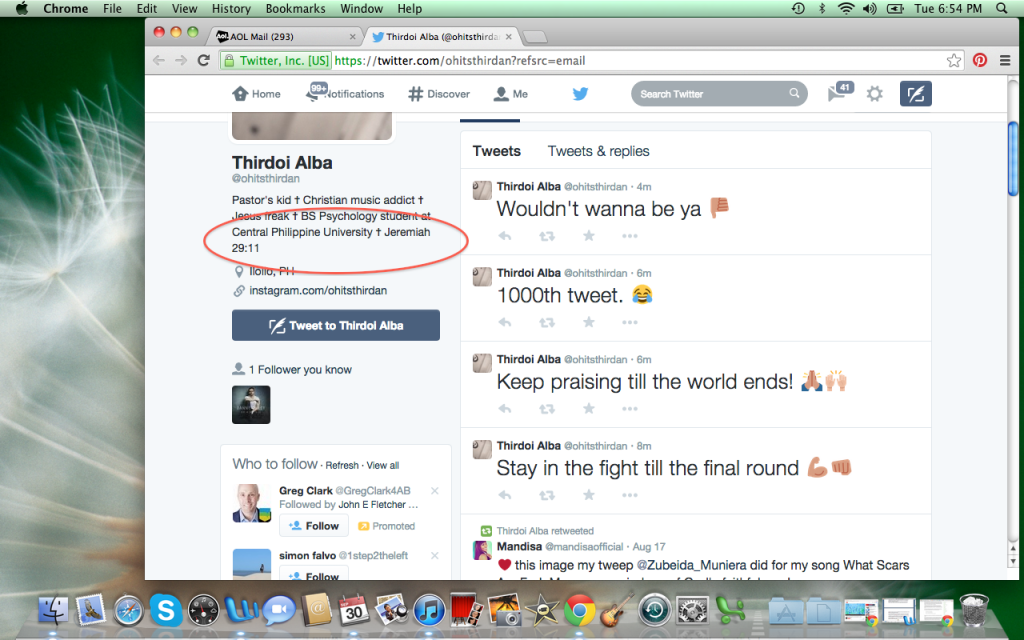 Coincidence? Maybe. But I don’t think so.

I believe there is infinitely more to life than what we know with our five senses. Personally, it’s comforting to think someone or something is looking out for me and listening. When life is moving at warp speed or when it’s all in flow, we’re less likely to watch for signs. Maybe I (and others like me) are making a mountain out of a molehill. But conversing with the unseen and asking for signs and serendipity can bring another facet to life. With the world seemingly off its rocker, we sorely need a little mysterious goodness. We need hope that there’s something more. With a daily cascade of idiotic news—things like big pharma patenting human genes—we all could use a lot more awe.

Is the Universe speaking to you through signs? Are you open to looking or listening for them? If you poopoo a series of “coincidences,” are you dismissing the wondrous?

I challenge you to suspend disbelief for the next week and ask for/look for signs. Watch for unusual things in nature. Pay attention to interesting happenstances. Expect the unexpected. And let me know what happens.

As poet David Whyte says, “Your great mistake is to act the drama as if you were alone.”

Send someone a serendipitous ‘Godcidence’ at The Write Way Gift Café with a Postcard from God or the Universe! $5 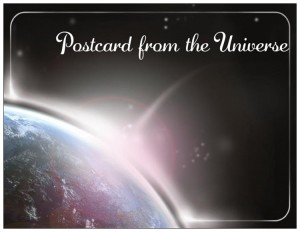 P.S. If you are in need of a boost to your spirit, get Danny Gokey’s CD Hope in Front of Me. It’s healing.